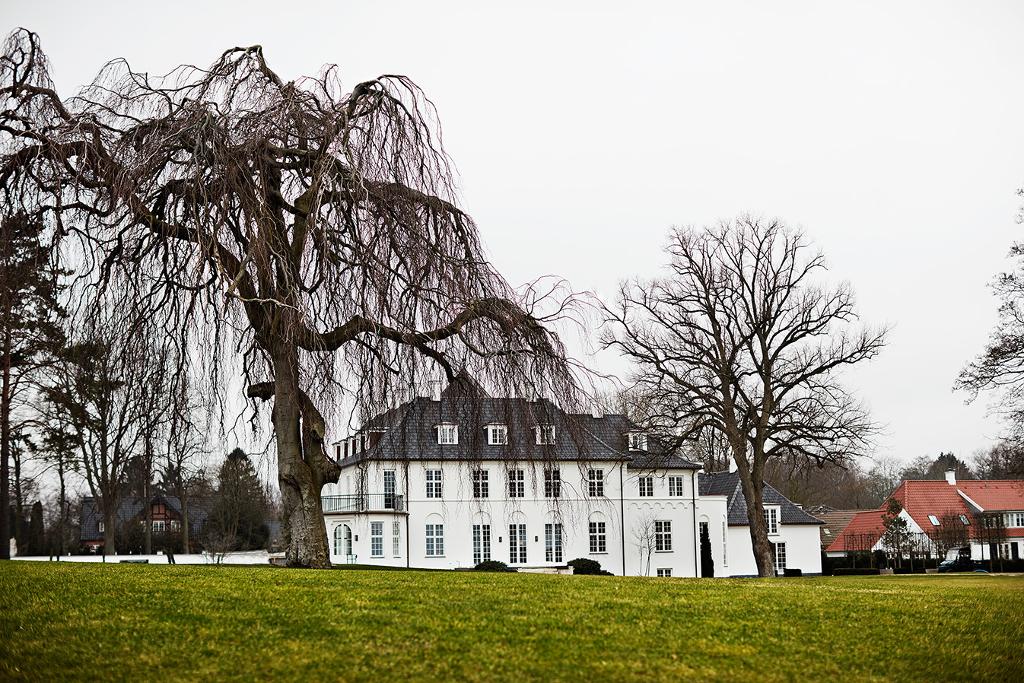 Strandvejen, or beach way, is the 26 miles-long road that stretches from Copenhagen up to Helsingør – along the tapering Øresund sound. Almost every building here boasts an illustrious history alongside its name. The “Strandridergården” (English: beach stables) in Vedbæk was built as a guard house by the royal Danish customs authority at the start of the 19th century. The property was subsequently purchased by a wine merchant, who installed a palatial new building designed by the famous Danish architect Thorvald Bindesbøll.

After the Second World War, the villa was converted into an orphanage. The conversion was overseen by Poul Henningsen, one of Denmark’s most renowned designers of the 20th century.

Following renovations lasting more than two years, the private villa was recently restored to its former glory. The project is a good example of how an old property that has undergone multiple conversions can be reinstated in its original form while also meeting the requirements of the modern age.

The new residents of the “Strandridergården” enjoy wall-to-wall luxury: a fitness and wellness area in the basement, an orangery, an outdoor pool with pool house, a beach house, a garage with a car-lift and, last but not least, an estate of more than 32,292 sf with its own jetty.

The 14 bathrooms in total underline the exquisite style of the property. In keeping with the classical yet modern interior, the bathrooms were fully fitted out with products from the Luv range: oval above-counter basins combined with floorstanding vanity units and striking oval bathtubs. The bathroom range combines Nordic elegance with soft color tones and was developed by Duravit in collaboration with Cecilie Manz. The internationally successful designer is one of Denmark’s new generation of designers whose artful concepts effortlessly perpetuate Scandinavia’s design heritage. The fact that Cecilie Manz received the Thorvald Bindesbøll Award in 2011 is an interesting connection with the eventful history of the “Strandridergården”. 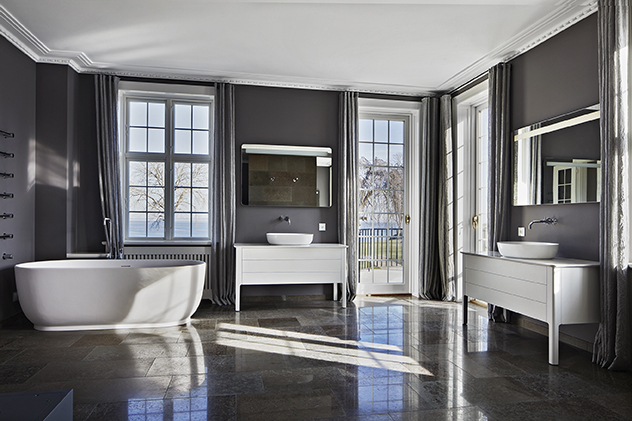 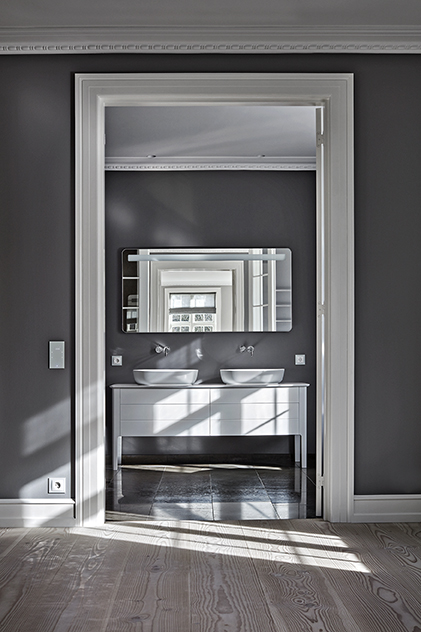 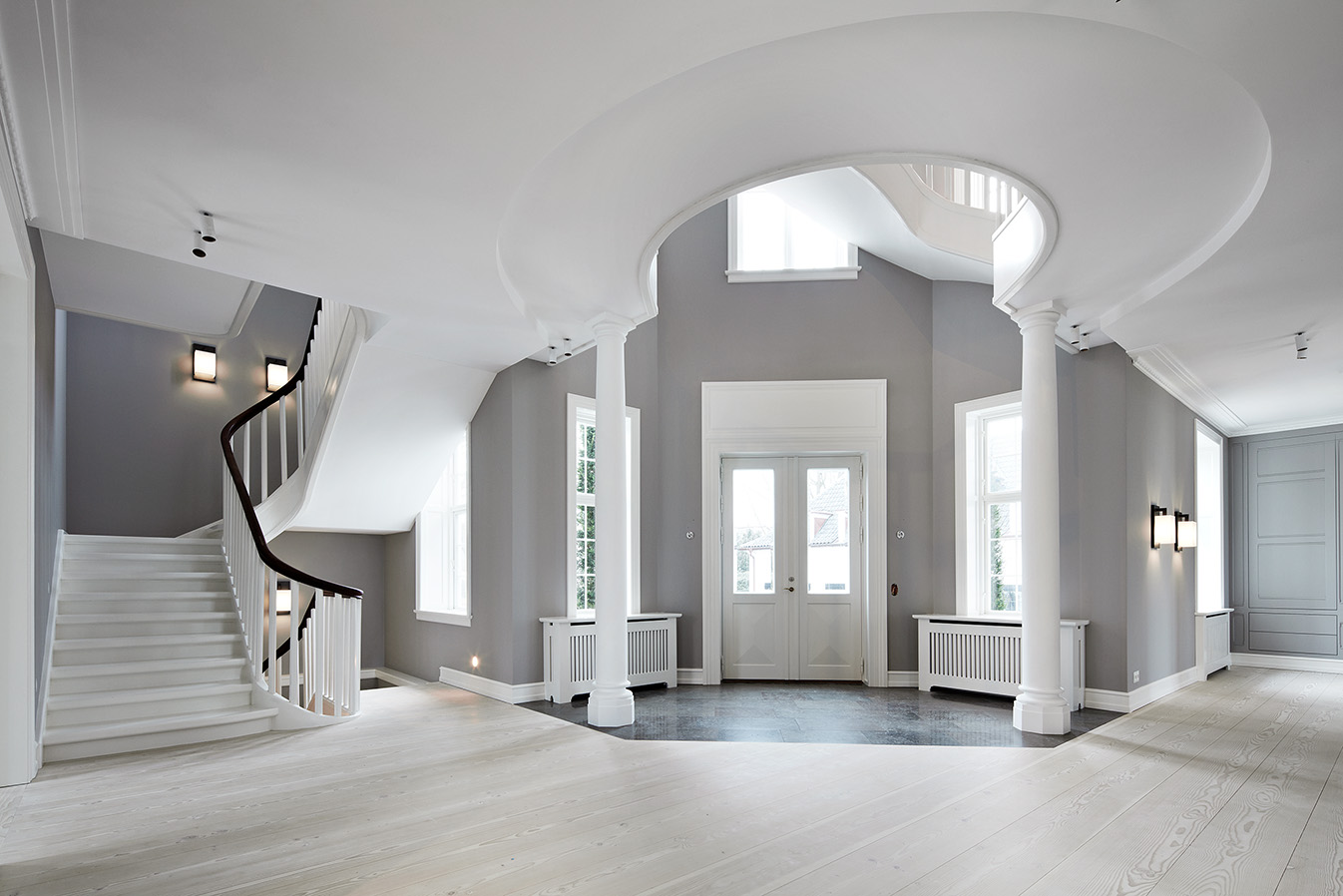 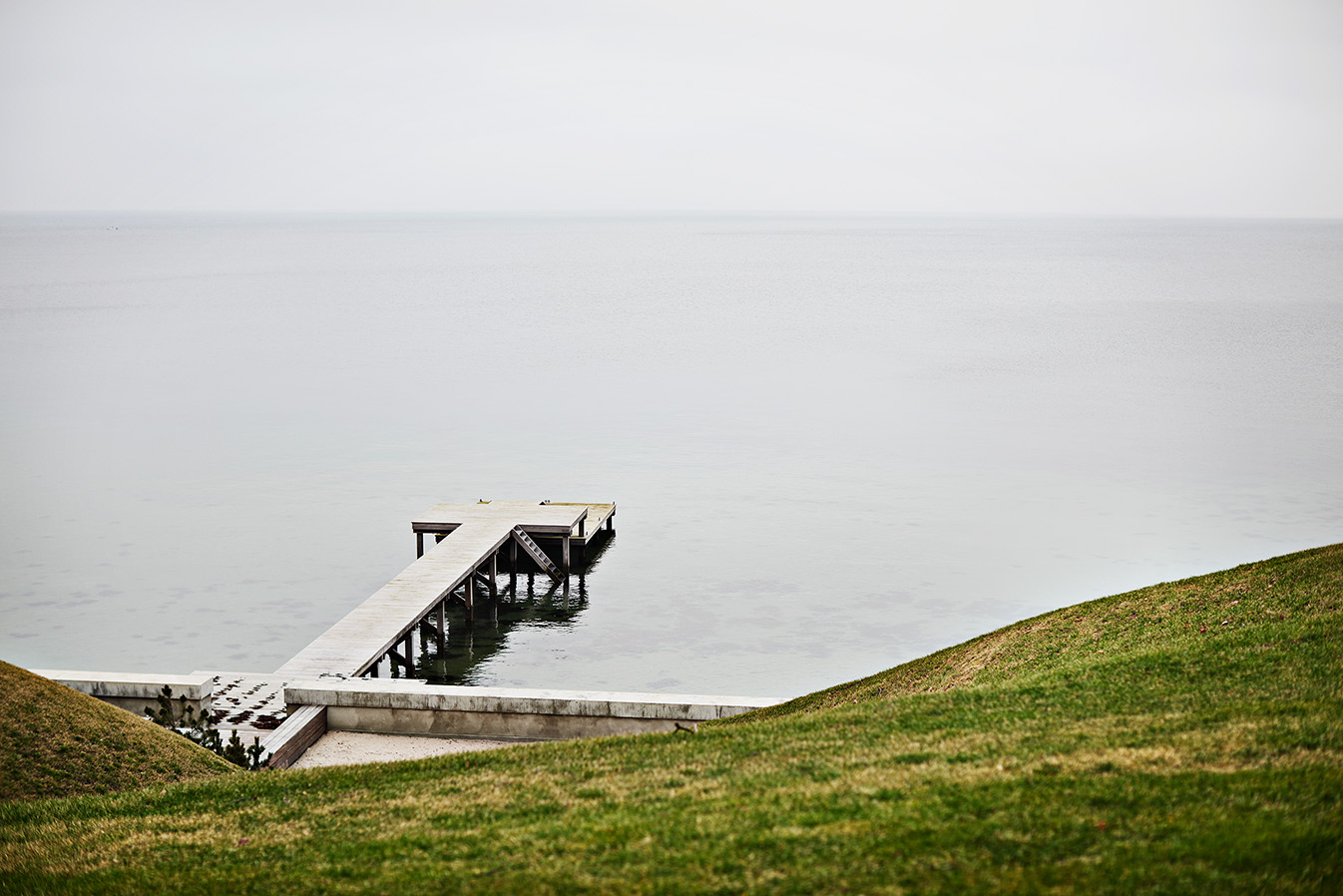